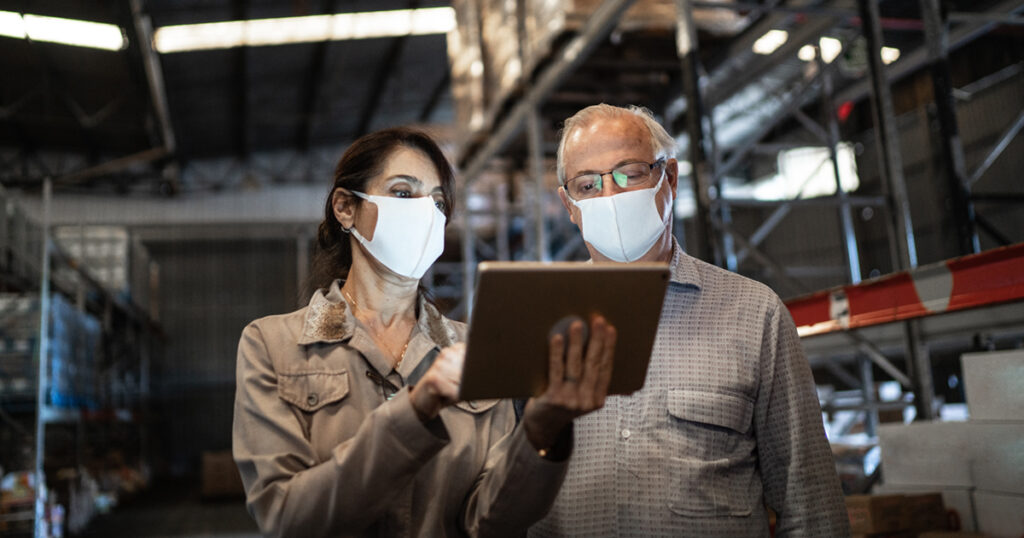 Covid-19 has disrupted the global supply chain for a year and a half, and while many industries have established a “new normal”, the manufacturing sector is still struggling. Factories both offshore and domestic continue to have difficulty sourcing the parts and workers they need to fulfill orders.

A single missing component from a product or the machinery used in production can cause far-reaching ripple effects downstream. Technology-dependent products from cars to computing are most affected given their complexity, large number of components, and dependence on rare minerals. In this article, we’ll break down how the pandemic has affected different facets of the global supply chain, as well as offer some tips on what you as a consumer can do to minimize delays on your purchase orders.

For many of the technology tools, we use every workday and in our personal lives, the most difficult to come by materials are precious metals such as cobalt and lithium, which are critical for batteries and integrated circuits. Surface mining operations for these rare minerals are primarily found in Latin America and Asia, where although mining is deemed an essential industry, Covid outbreaks at mining facilities shut down operations for weeks at a time.

The situation is arguably worse in the factories where components are manufactured and assembled, due to close quarters that prevent workers from maintaining 6 feet of social distancing. In the early days of the pandemic, many manufacturing plants were closed for several months and although most have reopened, outbreaks still cause sporadic shutdowns. Internationally, COVID spikes have hobbled factories in places like Vietnam, Indonesia, Malaysia, and most notably China where our electronics are primarily produced. Seeking more stable employment, thousands of factory workers have changed industries, resulting in a labor shortage when production is back up and running.

A more recently introduced piece in the supply delay chain equation is the rolling blackouts China started experiencing in late September. While blackouts are not uncommon, as demand for electricity often outstrips supply in the growing industrial nation, as China reopens its factories, these facilities are requiring more power than normal to increase their output to catch up on orders. Recently passed carbon emission regulations have slowed coal production, however, which still fuels more than half of the country’s power production. The demand for electricity has raised coal prices, but with the cost of electricity being fixed, coal-fired power plants simply produce less power to avoid operating at a loss.

In September 2021, the median cost of shipping a standard metal container from China to the U.S. West Coast hit a record of $20,586, almost twice what it cost in July, which was double what it cost in January 2021. The problem is two-fold; 1) expecting delays from manufacturing shutdowns, retailers have placed orders for the Q4 holiday season earlier than normal, and 2) much like the mining and manufacturing sectors, intermittent seaport closures have forced dock workers to find employment elsewhere. Limited shipping containers, space for cargo vessels in port, and dock workers continue to all contribute to exorbitant shipping costs. Weather can also add to the problem; in December of 2020, storms knocked shipping containers off several cargo ships en route from China, prompting shipping companies to delay or reroute. It remains to be seen if the weather will have adverse effects on shipping costs later this year as we head into the Pacific’s stormy season.

In U.S. ports, we’re experiencing the same sorts of difficulties; limited dock workers mean ships are being unloaded slower (when not closed to Covid outbreaks), leading to a back-up of ships waiting to dock. In late September 2021, 70+ container ships belonging to companies such as Hyundai, NYK Line, and Evergreen were anchored off California, waiting for a spot. It’s not uncommon for vessels to sit outside a seaport for weeks, significantly cutting capacity on trans-Pacific shipping lanes and driving up costs.

No shipping channel in the U.S. is unaffected; outside a key Chicago facility, trains were at one point backed up for 25 miles. Layoffs early in the pandemic mean there’s not only a shortage of railyard workers to unload freight, but also fewer truck drivers to transport containers over the road, and fewer warehouse workers to offload it once it reaches its destination. Already full warehouses prioritize sending the few drivers they have to deliver their payload to customer sites in order to make room for more product, causing congestion further back the line at central shipping hubs, railyards, and ports. Loaded truck chassis often sit outside overfilled warehouses for days waiting to be unloaded.

Not only are manufacturers having to deal with fulfilling their normal orders in light of these transport challenges, but economic stimulus funds have driven up demand for technology goods and many products are being outsold entirely. As companies place precautionary orders to avoid running out of goods, the pressure on suppliers compounds. The CARES Act passed in 2020 gave schools enormous purchasing power, and many district technology plans intended to be completed in stages over several years were implemented in just a few short months while students were learning from home.

Stimulus-related education buying is not going away any time soon either; because so many schools have experienced difficulty getting the inventory they need, lawmakers have extended deadlines for the foreseeable future.

When Will It End & What Can We Do in the Meantime?

Unfortunately, things may get worse before they get better, but experts do predict that the end of these supply chain woes are in sight. Wait times for products are expected to improve through the end of the year and into January 2022. With the Chinese New Year in early February closing manufacturing operations for 1-2 weeks, we can expect to see another increase in delays again before things stabilize in March as production catches up.

There are steps you can take in the interim to get any technology needs met sooner, however. Submitting purchase orders as soon as possible secures your place in queue and gives both manufacturers and distributors more opportunity to predict the amount of product they’ll need to move. It’s also more likely the longer you wait to order, the more of a premium you’ll pay as we head into retailers’ busiest time of year. Lead times constantly fluctuate and you may be pleasantly surprised that orders get to you sooner than expected; distributors are trying their best to under-promise and over-deliver in these uncertain times. If you have questions in the meantime about how long you can expect to wait for a specific product, or alternatives we might be able to get to you quicker, please be sure to reach out to our team.